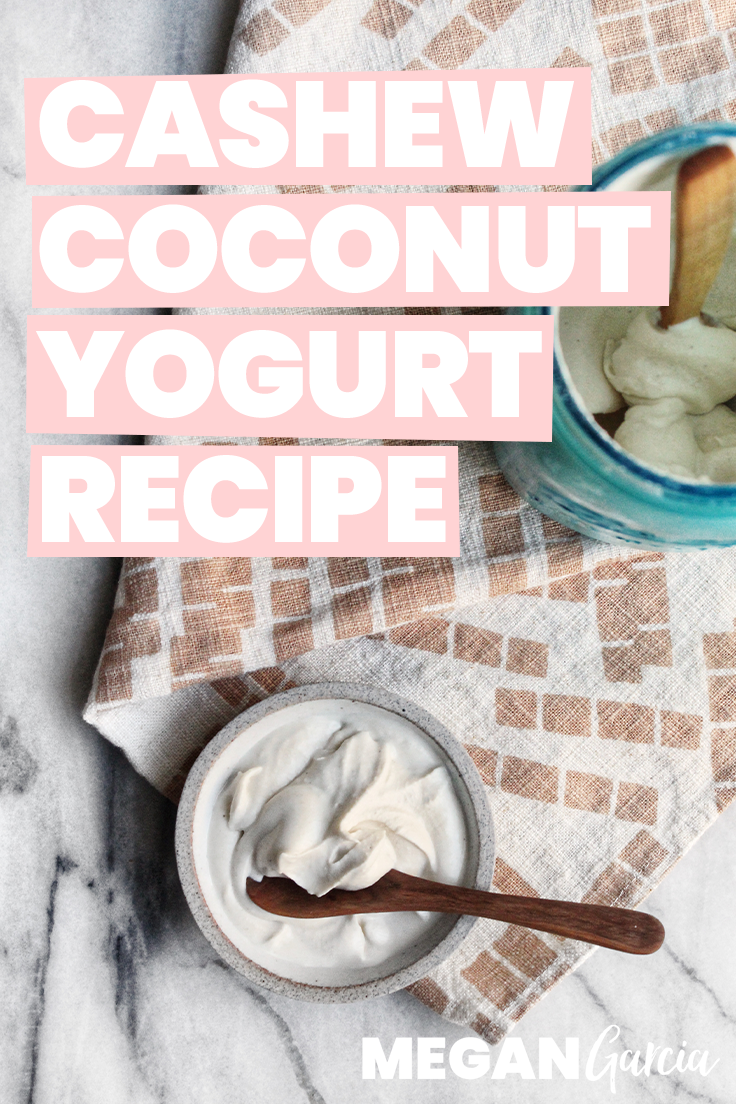 Are you on the hunt for a coconut yogurt recipe that’s thick and easy? Me too.

Or at least, I had a strong hunch that all the coconut yogurt recipes with gelatin, agar agar, tapioca starch, thermometers, sweeteners, and canned coconut milk were missing something.

I kept thinking to myself, it shouldn’t be this hard. Or complicated. Coconut is easy to ferment.

Beyond that, I’m passionate about giving good food to babies. While I do love sardines, canned anything is less-than-awesome for mama and tiny tummies. So when I can skip the cans, I do.

The other day I followed my hunch and did the one thing I had never heard anyone do but that seemed ridiculously obvious.

That’s the secret to this #thiqq raw coconut yogurt with all the fluff you’ve been dreaming of.

What I learned from fermenting coconut meat in my shower

Not to date myself or anything, but literally 10 years ago I was fermenting blended coconut meat in my shower because I lived in a tiny studio at the tippy top of the Los Angeles mountains – with no kitchen.

If you’ve ever fermented things, you know: Explosions happen.

I had picked up the how-to from Donna Gates, who invented coconut water kefir.

In those days, I would get young green coconuts, open them, and ferment both the coconut water and the meat. Using the Body Ecology starter, coconut water became kefir. And with a little splash of kefir or starter culture, you could ferment the coconut meat too.

Fermenting all those bubbling jars of kefir and coconut meat taught me a couple of things. For starters, coconut water and meat are naturally sweet. This means that they’re easy to ferment since any starter culture you use – whether it’s a probiotic capsule or the Body Ecology starter – will need to feed on sugar.

It also taught me that coconut meat – and by extension coconut butter – is fatty and fibrous. Fiber is fodder for microbes and this is exactly why you can ferment coconut butter. Because it’s fibrous.

Coconut butter is a source of fiber

When comparing this coconut yogurt to others on the market, it’s fair to say that this coconut just as thick and creamy – with a bit more chew. Which is why I added cashew butter to the recipe. It softens the coconut yogurt and gives it that smooth and fluffy texture.

Coconut butter is made from dried coconut meat and it’s rich in fiber.

All that fiber feeds your bacteria living in the colon, which then goes on to make short-chain fatty acids that protect against inflammation.

If you’re pregnant, there’s even evidence that SCFAs speak to baby’s genes and optimize their expression.

To make this cashew coconut yogurt, you’ll need a large quart jar and an immersion blender.

Have you tried making this cashew coconut yogurt recipe? Let me know how it went in the comments!

I’m a pediatric acupuncturist and I help parents stay in touch with the latest science while sticking to the roots of traditional wellness. Find out more.